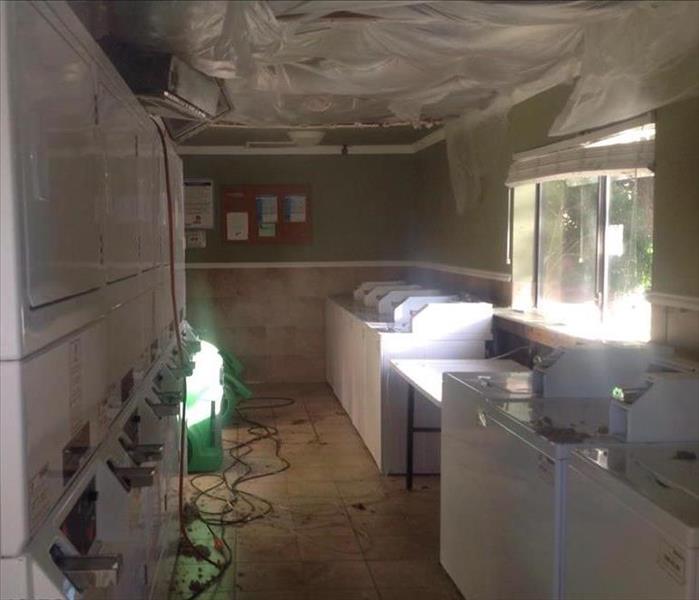 A lightning strike caused the roof in the kitchen of an apartment building office to catch fire. The ceiling in the office kitchen and the community laundry room caved in. SERVPRO of North Central Austin was called in and, when they arrived, the office's bathroom ceiling was drooping, and about to cave in as well!

SERVPRO of North Central Austin responds immediately to your flood and storm damage emergencies. We have the storm damage restoration experience and specialized equipment to restore your Austin home or business back to pre-storm condition.

This was a three-in-one-damage event. A storm created the lightning that caused the fire, which allowed the water damage!

View More Before & After Photos